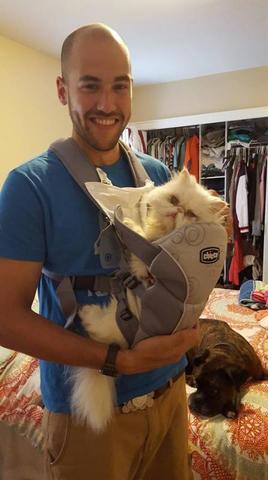 If you’ve watched our product videos, you might already know Ty; that’s because he’s always game when we put him on the spot and ask him to film something for us. I’m serious - his co-field supervisor Troy asked us to come film at a jobsite, and when we arrived, he basically threw Ty at the camera with no warning. His personality makes him a natural in front of the camera, and it doesn’t hurt that he knows our products and processes inside and out.

That’s part of what makes him a great field supervisor; he knows the products but he also knows how to talk about them. “Ty is one of the reasons we are successful as a company,” says production manager Ron Nussbaum. “He has a gift for teaching people and then holding them to high standards. He’s a master at his craft and always willing to take on the next challenge with a smile on his face.”

IT manager Mike Whilden agrees, saying that Ty “always seems calm under pressure and always has a positive attitude.” It’s not surprising that both Ron and Mike mentioned Ty’s attitude - it can be hectic around here but even when he’s in the middle of a million things, Ty stays cool.

He’s also always ready to show you pictures, mostly of his daughter or his animals. Anytime I ask, “How’s your daughter?” he responds with some variation of “Awesome” and has photos and a story ready to share. On National Pet Day, I solicited photos from the company and he sent me three different shots of his cat before deciding he’d found one that adequately captured her personality (said cat is pictured above, in a photo I’m calling “Why it’s a bad idea to be Facebook friends with the company’s blogger.”) In addition to daughter and cat, Ty lives in Grand Rapids with his wife, Kayla, and their dog.

Thanks for being here, Ty, and taking on the job of training new production employees while helping the production department run smoothly. Also thanks in advance for not being angry about the picture I used.