John contacted us with a steadily progressing problem in his basement. Over the years, the walls had developed cracks, which had slowly developed leaks. As the cracks leaked and widened, the walls began to bow. By the time he called us, there was regular leaking and puddling of water in the basement, and the wall next to the driveway was severely bowed. “We could really use an expert’s opinion on all of the walls,” John said. That’s why he called us.

The wall closest to the driveway was, indeed, severely bowed. They were lucky it hadn’t failed completely, as wall failure generally means complete collapse and is much more complicated and expensive to repair than a bowing, leaking wall. It was clear they had tried to patch the leaks on their own before, with expanding foam insulation peeking out from the cracks, but such repairs are extremely temporary.

There was no waterproofing system in the basement, and without getting the water under control it wouldn’t matter what we did to the walls (as the water would just continue to destroy them) so we needed to start there. Our System Design Specialist Kim designed a waterproofing system that included a full perimeter of WaterGuard below-floor drain system, a SuperSump sump pump, and IceGuard on the discharge lines. A Lawnscape outlet finished off the system, allowing the water to drain without creating a trip hazard by sitting flush with the landscaping.

Once we were confident that water leaks would not be an ongoing issue, we could tackle the walls. Multiple walls were bowing, although none were as bad as that wall adjacent to the driveway. We used fourteen PowerBraces in all to stabilize the walls. PowerBraces are an excellent solution when the ground outside of the house can’t be accessed to install a wall anchor (in this case, we couldn’t excavate because of the driveway).

The steel I-Beam construction of the PowerBrace system not only stabilizes bowing walls, but by tightening the braces it allows for straightening the walls over time. PowerBraces are also rust-resistant and have a relatively low profile for minimal disturbance of your basement space.

With a reliable waterproofing system installed and the strength of PowerBraces stabilizing and straightening the walls, John’s basement is in much better shape. And, unlike the last few years of deterioration, things are only looking up from here on out. 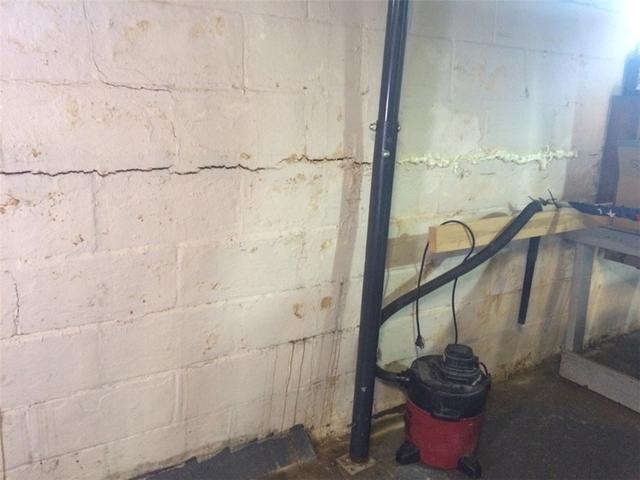 This wall was the most severely bowed. Walls can only lean or bow so much before they collapse. We're glad John called us when he did. 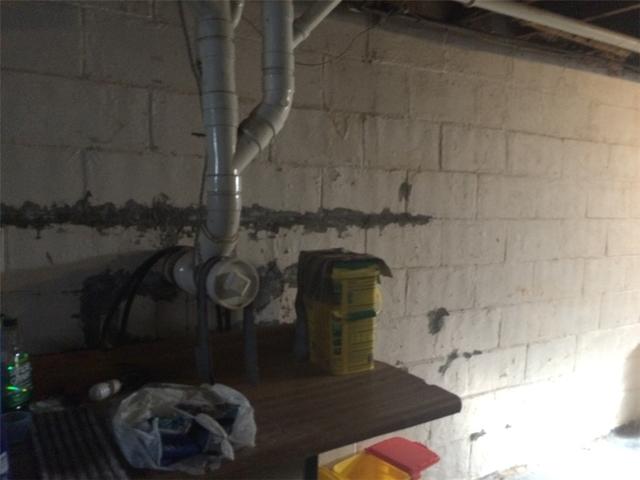 Like the visible spray foam insulation in the previous photo, you can see another attempt at DIY leak repair here - likely that rubberized paint. We're here to tell you, it doesn't work. 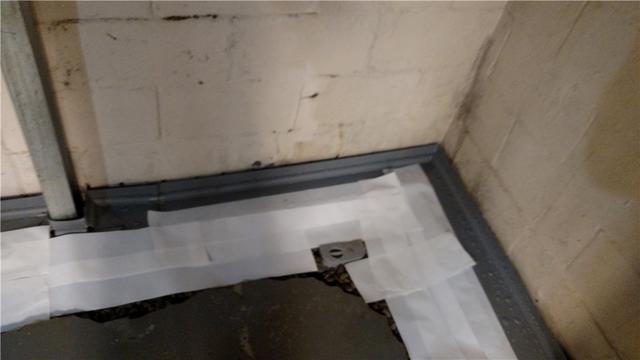 WaterGuard was installed around the perimeter of the basement to take care of the water issues. Here you can see the track pre-concrete restoration, along with an inspection port that is installed to allow easy access to the track in the event it needs to be flushed (rare, but it's good to have these just in case). 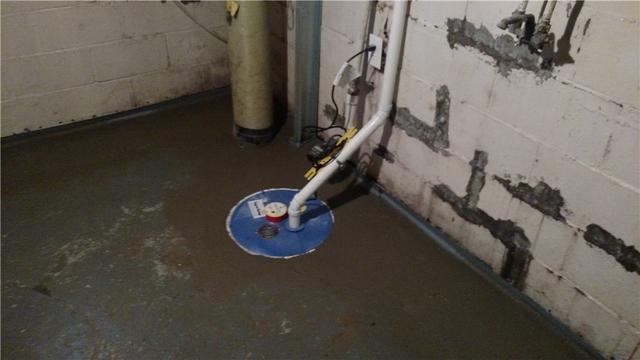 A new SuperSump pump will more effectively and proactively discharge the water outside. 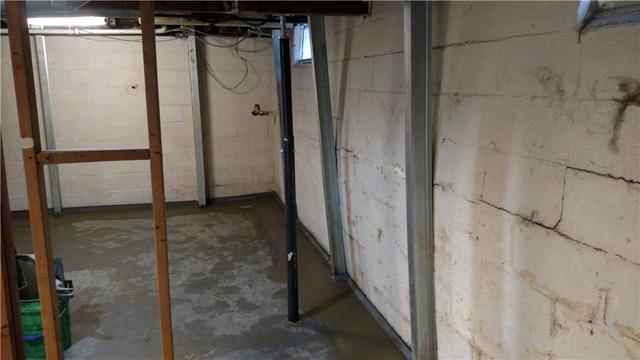 This is the same wall as in that first photo. With the addition of PowerBraces and a better angle, you can see just how badly the wall is bowed. Over time, we can tighten these braces and gradually straighten the walls. But until then, and as it progresses, rest easy knowing they're secure and won't bow any further. 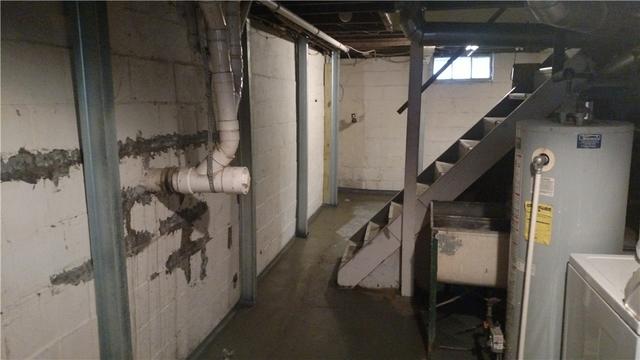 With the waterproofing system fully installed and PowerBraces in place, this basement is in much better shape than it was when we arrived.