A house sits on top of its basement which usually consists of four walls and a slab floor. The basement walls are supported by the slab below. When that slab starts sinking, the walls can lose their tension support and start bowing in, creating the crack that led this homeowner to call us.

This customer's catalyst to call Ayers was a stairstep crack that formed on their wall. They knew it wasn't something good but had no idea of the severity of the situation. He wasn't expecting to find out his house was basically collapsing under him!

Unfortunately, that's what was happening. The basement was salvageable as we always find a way to solve the problem, but it was going to be a lot of work.

This customer didn't want to do the full project in one swoop, which we understood. It's hard to come up with the time and money to dedicate to restoring an entire basement. We worked with them to develop a plan that would correct the uneven floors and collapsing walls. Our System Design Specialist worked with the customer to break the project into manageable pieces. He created a plan to make the most vital repairs immediately, and then complete one wall in each upcoming year until the project is complete.

Phase 1 involved stabilizing the foundation on the side of the worst wall. First, two PowerBraces were installed to stabilize the wall itself, preventing it from further bowing. In addition to strengthening the walls, the PowerBrace systems also allow for the potential of straightening the walls over time.

Once the foundation was stabilized, the excavated soil was put back in place. Then we went back inside and installed three SmartJack support jacks to support the floor joist system. The floor had previously been uneven due to the failing wall and sinking foundation, but with those secure, it was possible to level the floor above.

The project is far from over, but with the carefully designed plan and monitoring of the foundation, we will be able to restore the basement walls and prevent further sinking or, worse, collapse. 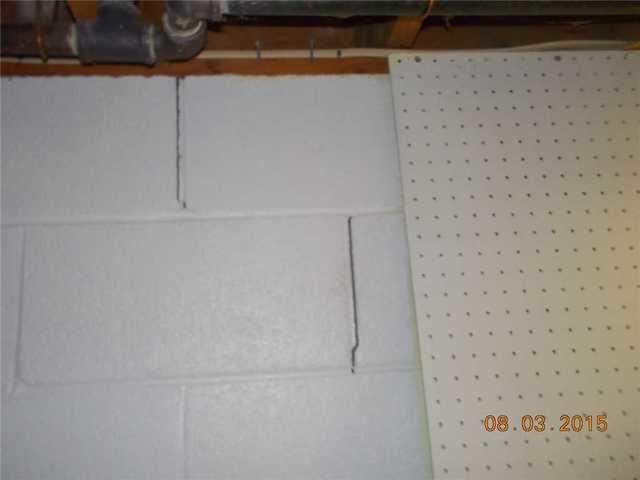 The telltale crack of a bowing wall. This is usually a sign that there is a problem with your home's foundation. 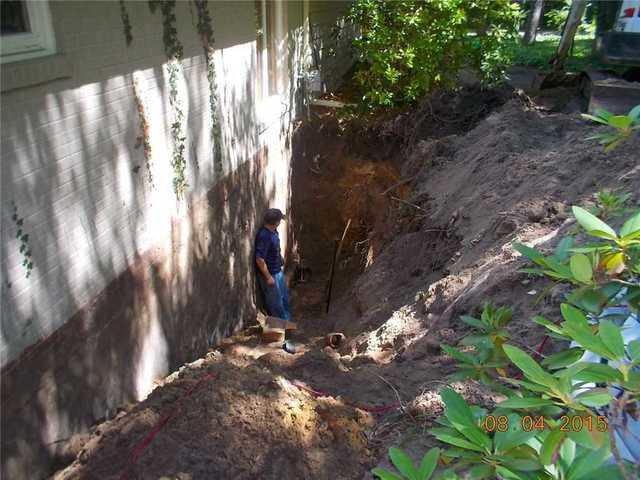 One of our production team members stands in the hole left behind after excavating soil for pier installation. 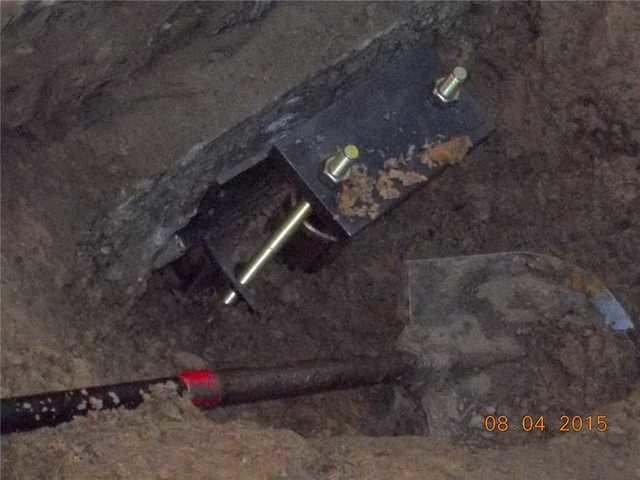 A close-up shot of a helical pier brace. This is attached to the foundation to bear its weight. 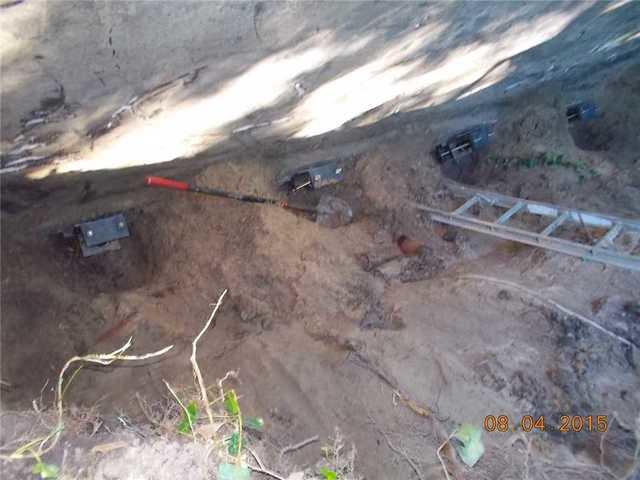 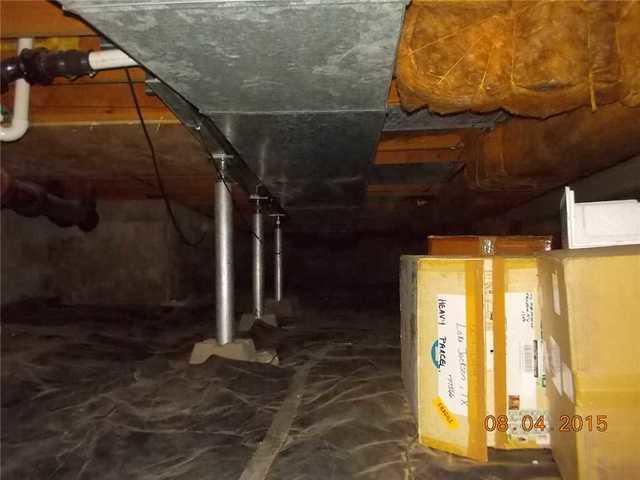 SmartJacks reinforce the floor joist to level the floors of the house.