When Pete called us, his crawl space was flooded not only with water, but also iron ochre bacteria. Iron ochre is the sludge created when high levels of iron in the soil and/or groundwater allow iron bacteria to grow. Iron ochre isn't a health hazard (that we know of) but it is a headache. It clogs drains, it smells, and it stains everything it touches. Pete wanted the basement dry and clean and we were going to give that to him.

After getting rid of the six inches of standing water, we installed a SmartSump pump with IceGuard and a LawnScape outlet to divert the water far away from the house.

We installed new beams to strengthen the support for the floor above the crawl space, and a few jack posts took care of the support beams especially weakened from the standing water and general humidity from water seepage.

Once there was a system in place to keep the basement dry, we installed the CleanSpace Crawl Space Encapsulation System with drainage matting. This protects the house above the crawl space from any ambient moisture in the air.

With the sump system, discharge line, and CleanSpace system in place, the crawl space should be safe, dry, and not covered in iron ochre. 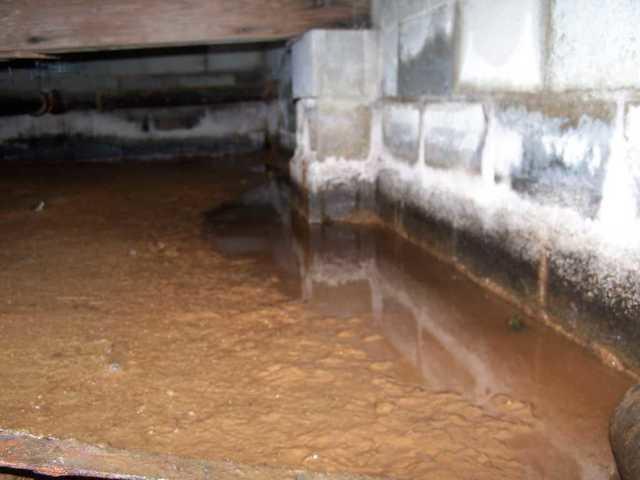 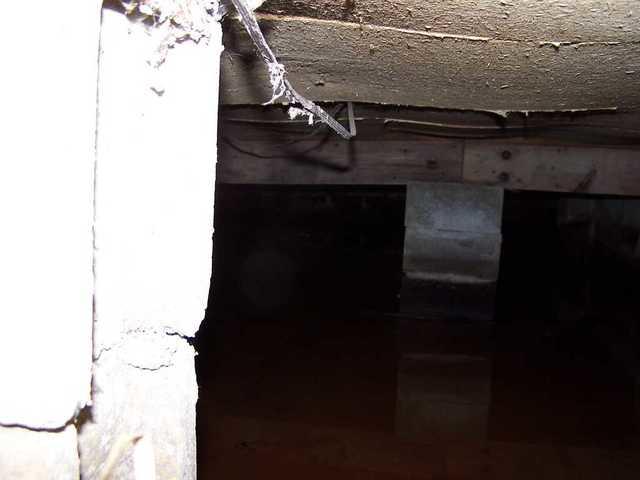 Another view of the flooded crawl space. 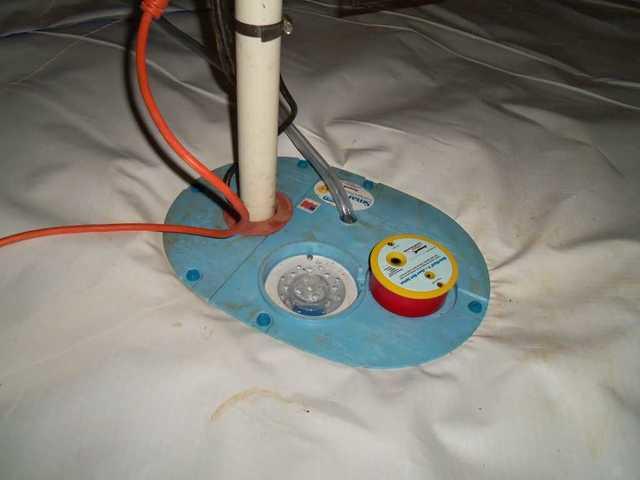 A SmartSump pump was installed to pull water from the crawl space. 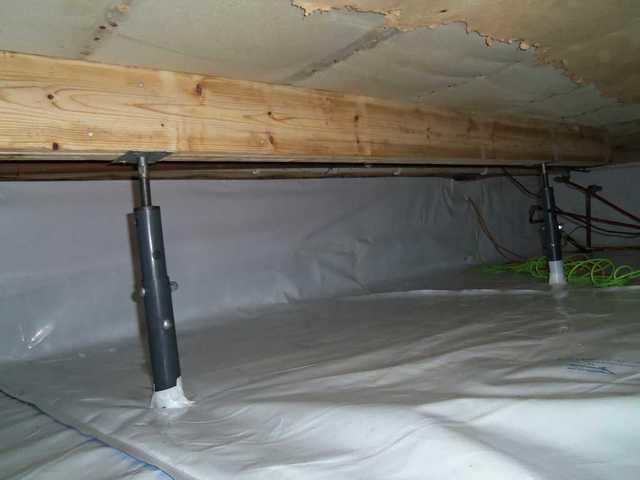 New beams and jacks were installed to support the floor above after standing water and ambient moisture affected the integrity of the existing beams. 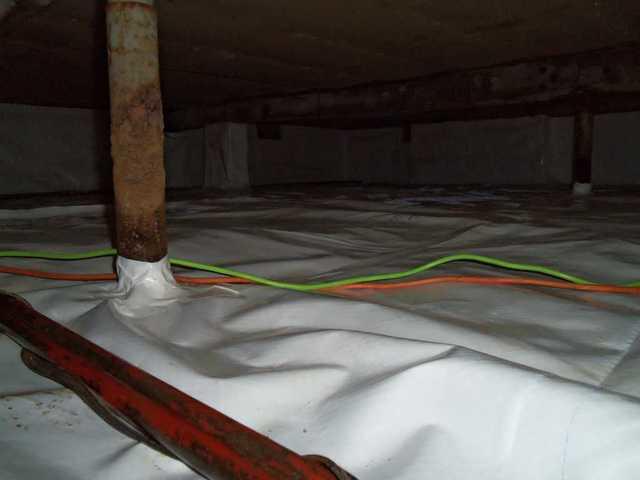