A customer we had done basement waterproofing work for all the way back in 2008 called us last month with a new challenge. He wanted to extend the waterproofing to the other side of the basement, where moisture had started gathering at the meeting point of the wall and floor. He was so happy with the work we did the first time around that it was an easy choice, and we were happy to return to Ed's home.

We extended the WaterGuard Below-Floor French Drain System from the stopping point of our previous installation, all the way to the opposite corner. WaterGuard rests atop drainage stone and on top of the foundation, allowing the water to drain while still remaining below the floor and keeping the floor level.

After extending the WaterGuard, any concrete we had to remove from the floor is restored. It looks dark in the photos because it's wet, but as it dries the floor looks as good as new, with the added benefit of removing water from the basement! 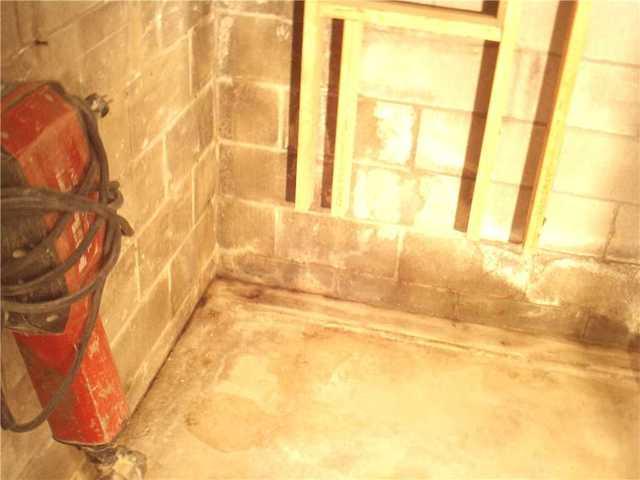 Moisture collects at the meeting of the wall and floor, which can cause everything from weakened walls to mold. 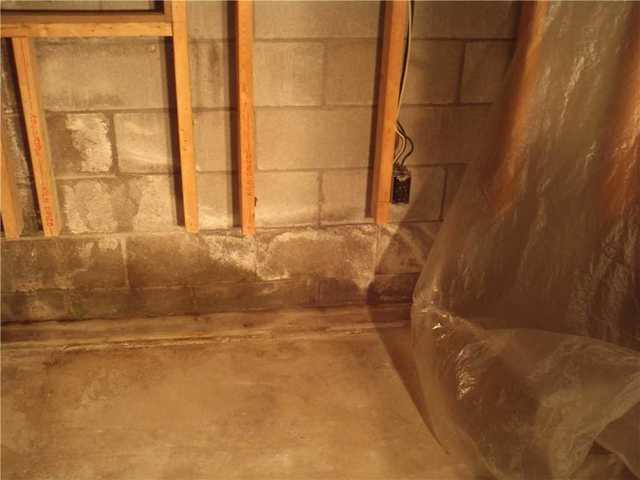 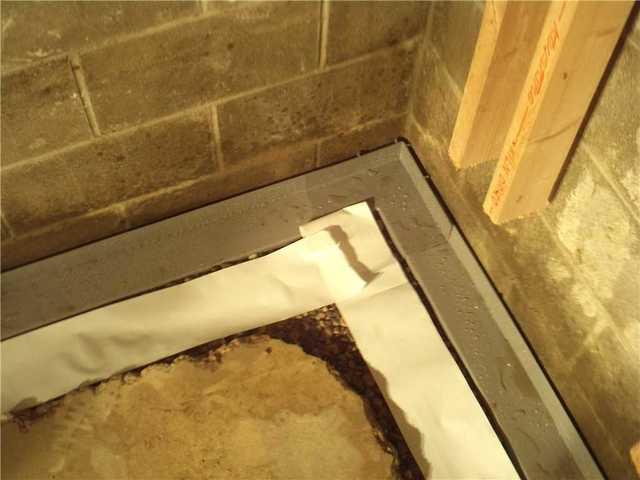 After parts of the floor are removed, drainage stone is laid down and the WaterGuard drain is installed. 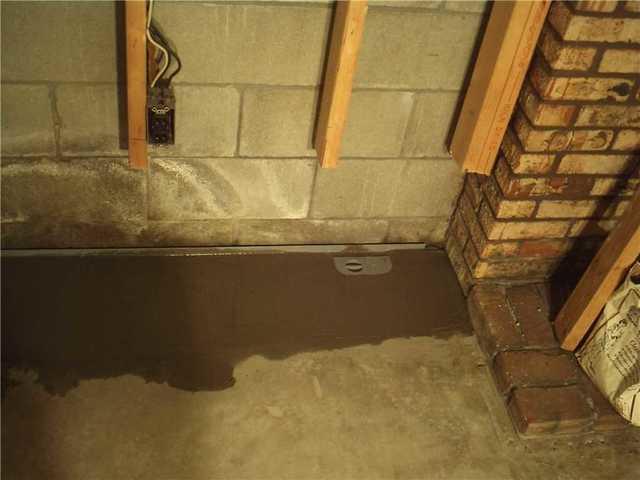 After the WaterGuard is installed, new concrete is poured to restore the floor. 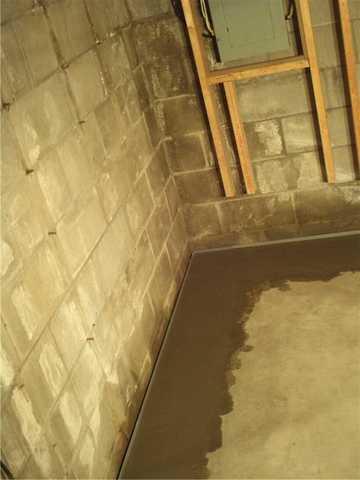 The concrete looks discolored, but that's only because it's still wet! It will dry the normal light gray.