Phil and Janet have had a partial waterproofing system in their basement for a couple of years. They were very happy with how it had been working and keeping that part of the basement dry. The area that was left unprotected has now been experiencing some water intrusion that they would like fixed. Phil is a semi professional musician and songwriter and uses the basement as a little recording studio. He has lots of instruments and recording equipment that he does not want to get damaged. The couple was also thinking they may sell their home in the near future or look at finishing the space, so they wanted to make sure the problem was dealt with properly.

They wanted to continue the waterproofing system they already had around the rest of the basement so Ron, a System Design Specialist, went to go help them figure out the best solution for them.

Dillon and his crew had just the solution to keep the basement dry and all of Phil’s recording equipment working. The WaterGuard was installed around the whole perimeter of the basement to collect the water that seeps in and send it to the sump pump to be expelled outside of the home. The drain is installed under the floor but above the foundation footing to keep the drain from clogging. After installation, the concrete is restored so the homeowners do not have to worry about an unsightly drain in their space and they work with all basement wall finishing's.

Phil and Janet enjoy their dry basement so much that they decided to stay in their home and look more into finishing the space! 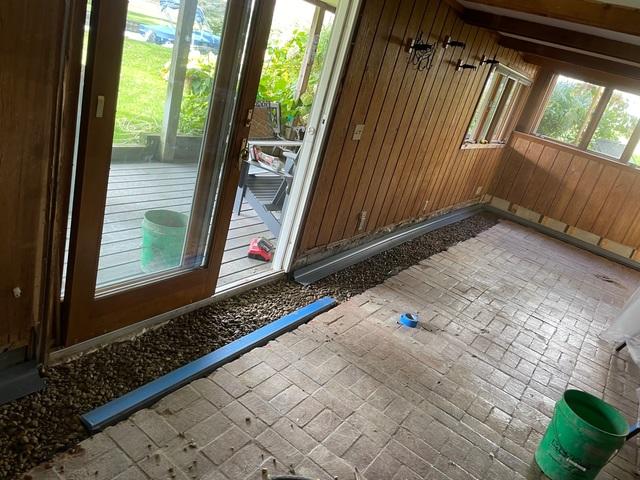 The WaterGuard was installed around the rest of the basement that did not have it done previously. It collects the water and sends it to the sump pump to be kept outside the home. 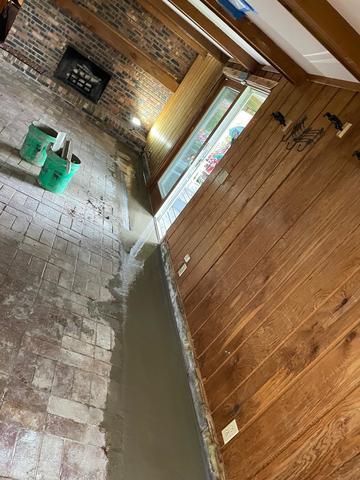 After the whole system is installed, we restore the concrete so that there is not a drain in the home. You can also add some flooring to make it seem as though no work was done to keep the space nice!