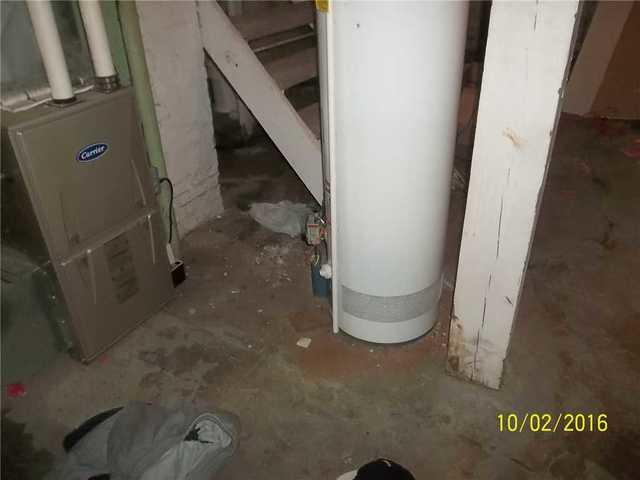 Basement floors show signs of water damage for one of a few reasons: either there is consistent standing water, or the water is coming up through the floor itself. Either way, it showcases the need for a perimeter drainage system. 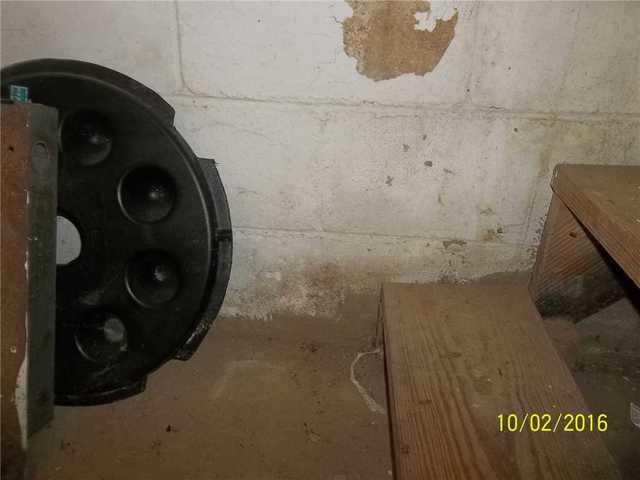 Bubbling and peeling paint are huge red flags for water damage, as water comes through the walls and takes the paint with it. Also, as you can see on the steps, darkened areas show waterlogged wood. 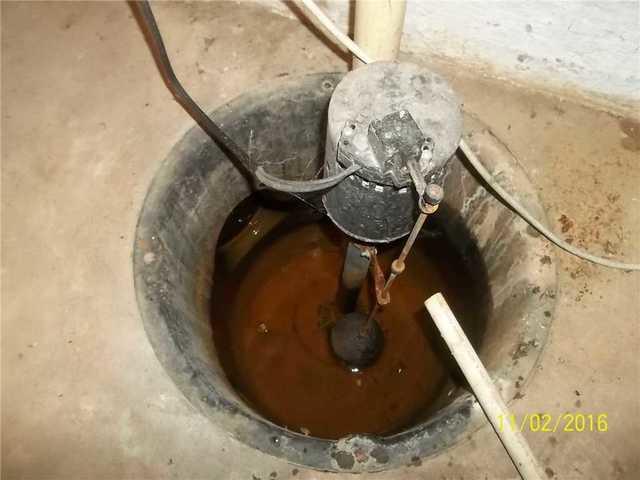 1) The sump pump wasn't very good, and 2) There was no drainage system to direct the water to it. This led to water just pooling in the basement instead of actually being removed. 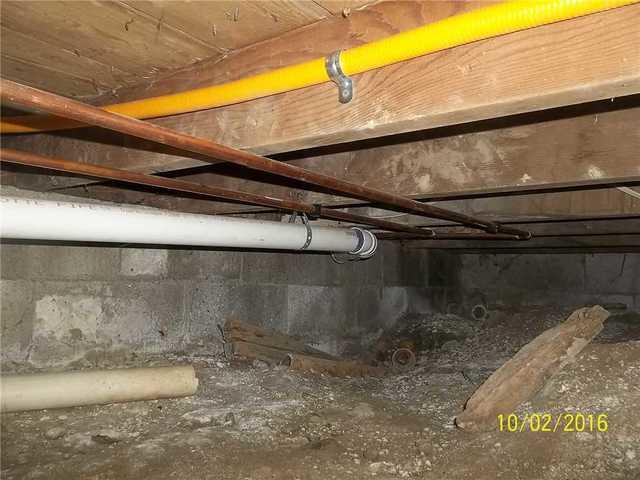 Meanwhile, over in the crawl space, there are multiple signs of efflorescence on the walls and visible water damage on the support beams. 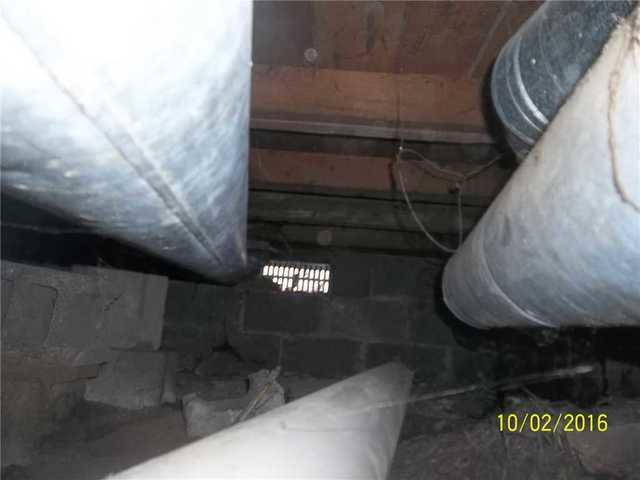 Don't vent your crawl space! If your crawl space has vents, call us to cover them! Crawl space vents are an outdated troubleshooting method of reducing moisture by increasing air flow, but in what world does a hole from the outside lead to LESS moisture? 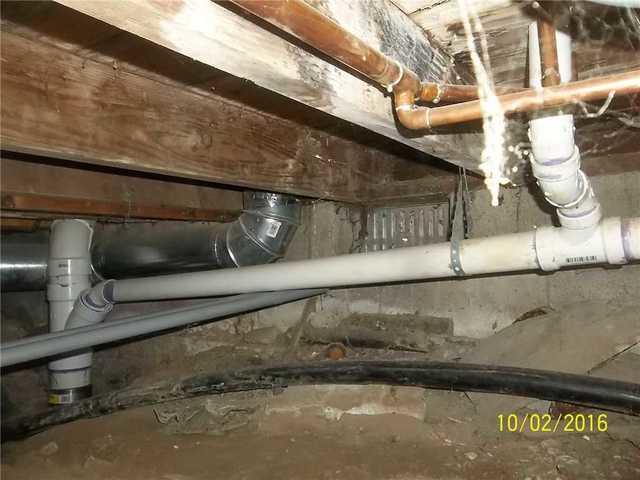 What you see on the beams up there is what happens when you have crawl space vents. Mold is not only a health hazard, but it weakens the support beams and can lead to collapse. 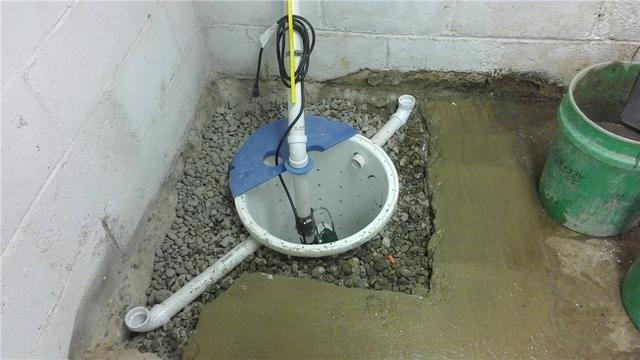 Instead of just hoping the water makes it to the sump pump, which may not be able to keep up, we installed a Super Sump and tied it into the WaterGuard to make sure it proactively discharges the water. 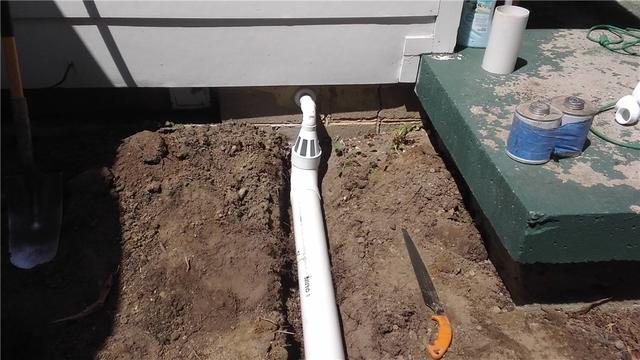 In the event of the discharge line freezing in the winter (which, since it's underground, and Michigan, may happen), the IceGuard cover will prevent water from backing up into and flooding the basement by allowing it to escape through the vents. 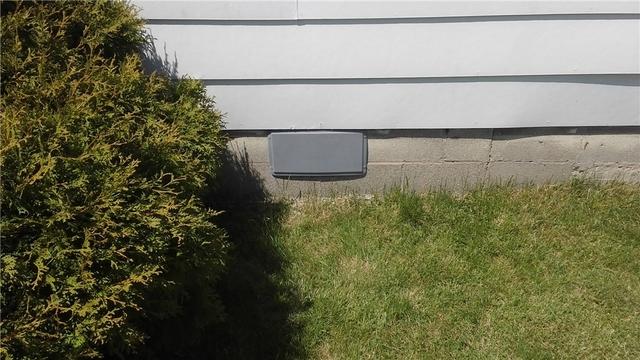 By sealing the crawl space, it's kept protected from the elements and can be humidity controlled. 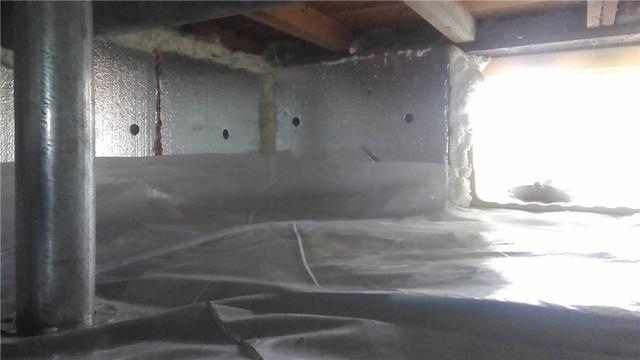 Our "energy savings package" involves CleanSpace, SilverGlo insulation panels, and FrothPak spray insulation, and works to keep the crawl space protected from ambient moisture and insulated against the elements. 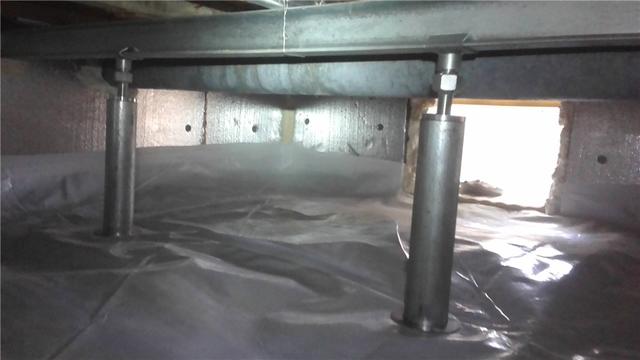 We reinforced a few of the support beams with SmartJack crawl space support posts.