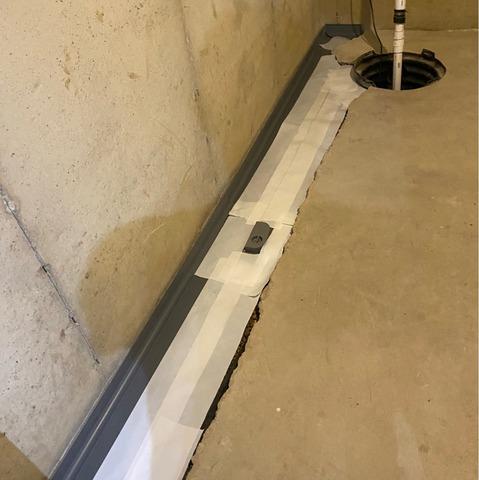 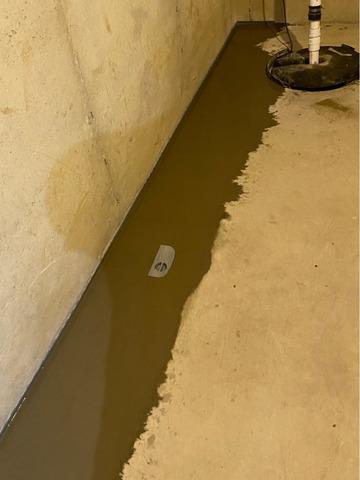 Isiriel's home was built in 2012, but the poured concrete foundation was letting water into the basement where the wall meets the floor. He had noticed it when the snow started melting, but there was no water in the sump pump. He called Ayers for an inspection and our crew determined that WaterGuard would be the perfect solution for him. WaterGuard is a sub-floor waterproofing system that collects water that leaks through the walls and keeps dirt away from the foundation. It is installed along the perimeter of the basement and on top of the footing of the foundation. Concrete is poured on top and regular flooring can be placed on top. Isiriel was grateful we could save his basement before major damage could be done.