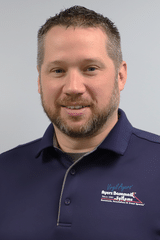 Your home is your biggest investment, and James’s goal is to help you protect it.

Before coming to Ayers in 2018, James was a district sales manager for many years and focused on customer service and training others to meet customer needs – a skill he brings to his work as a system design specialist.

James has completed extensive training in waterproofing, foundation, and crawl space repair needs, and is a Certified Waterproofing Professional through the Basement Systems International Network of Waterproofing Contractors. No matter what problem you’re experiencing with your home, he will design a custom solution using proven processes and the best products in the industry.

James grew up in the thumb area of Michigan and now resides in Grand Rapids with his wife and two children. In his free time, he enjoys spending time with his family and golfing.

Problems in your home can be frustrating and scary, but when you work with James and Ayers Basement Systems, you don’t have to do it alone. 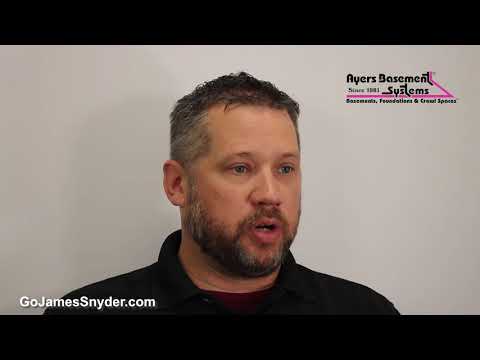 “We sought out three contractors and Ayers came in as the most knowledgeable and economical. With an excellent warranty offered and a good explanation of our...”

“I heard a lot of great things about Ayers”

Before and after photos from jobs I've worked on:
Back to Previous Page Back to Meet The Team